Bobby Fischer, Anatoli Karpov, Gari Kasparov are not only geniuses that work really hard in their time of glory. They also had this "killer instinct", the fierceness to destroy the rival in sportive terms. That is why the three of them are recognized among the best of the world. Times have changed, also the world, chess is still passionate, but not as years before because of the conservative attitude of champions.

Viswanathan Anand had more than enough reasons to expect an exhaustive fight with Black against Boris Gelfand. But the Israeli didn't achieve any opening advantage, and both disappointed the crowd by having a quick draw, one of those which should be prohibited in elite tournaments. Anyway, as Vladimir Kramnik drawn with Peter Svidler, and Peter Leko beat Alexander Grischuk, the Indian step forward comfortably, he is still in the lead with six rounds to come. We could even say that Anand and Gelfand had two consecutive free days. 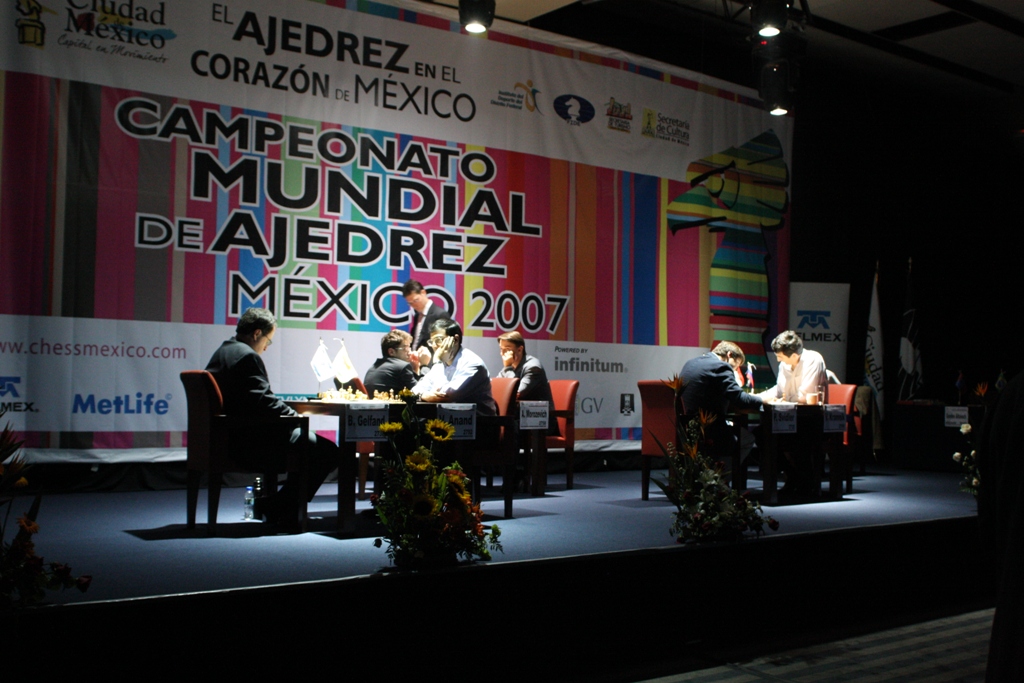 From the strategic point of view of this Championship, the result obtained between Anand and Gelfand is flawless: the Israeli failed to have a good opening, and he even was a bit worst. The Indian, unique leader, was Black, therefore the draw was a favourable result. But from show business point of view or chess as a professional sport like golf or tennis, the agreement of a draw after 20 moves was a complete frustration, because the position they were at least gave 20 more moves for each. It was a huge disappointment for the audience, and for the amateurs following the game through the Internet.

From the World Champion's board we already had a preoccupant syndrome, Kramnik, having one point less than Anand, was setting up the slight ambitious Petrov defence. Fortunately, his opponent and countrymen, after a bad start on this tournament, was feeling a furious "killer instinct". This allowed that the game, although it was short, it was interesting while it lasted, until Svidler realized that if he continued attacking he could be on disadvantage: Kramnik had achieved his goal of not loosing while waiting for the 10th round on Monday against Anand.

Thanks to the conformism of the leaders, Peter Leko and Levon Aronian had the opportunity to get closer to them by winning their game. The Hungarian took the opportunity; he won against Alexander Grischuk after 6 hours of a subtle positional work. But the Armenian failed right in the end, giving away half point to Morozevich. In the press conference he recognized: "I deserve to loose 500 points of ranking because of that mistake". If such punishments were to be applied in chess, I wonder which could be the appropriate punishment for those who don't fight although they get paid good money.

8th round in pictures