Three amazing battles and another disappointing completed the first half of a tournament that promises a huge potential and excitement for its second half. The two major favorites are on top of the list; but Viswanathan Anand has one more point than Vladimir Kramnik, and between them, surprising absolutely everyone, a candidate that has performed greatly, Boris Gelfand. It's very important to notice that the Indian will be Black against both of them. 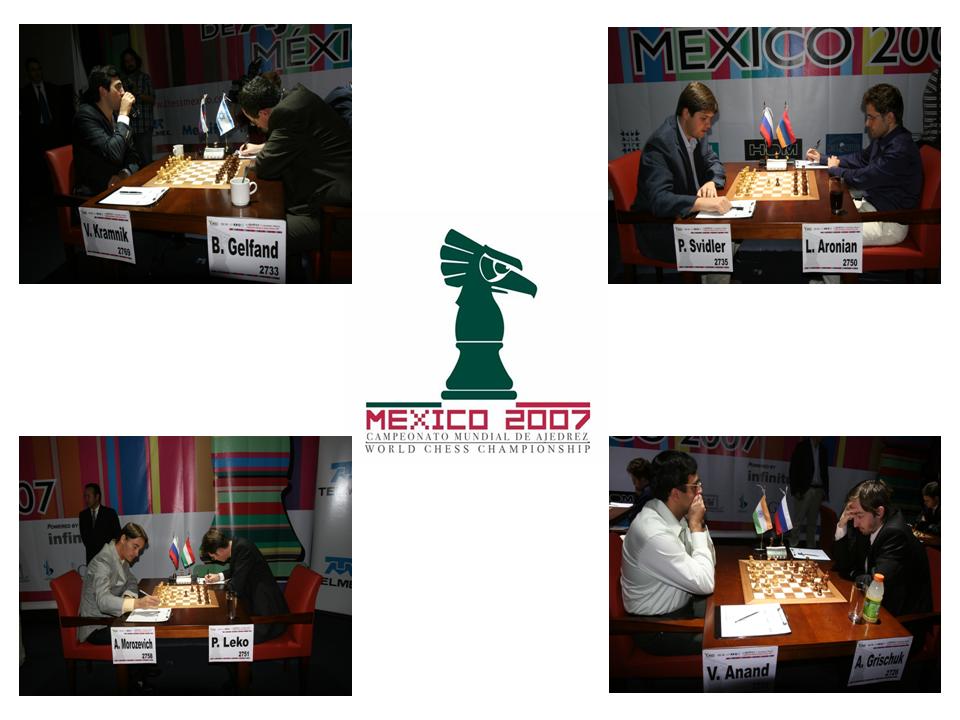 "I'm satisfied with the draw, even tough I was White. I know that my position was a bit better but Boris played very well, and I never felt close to victory. The game was very complicated from the beginning until the end". That's how Kramnik resumed a heavy elephants clash, both trying to succeed in order to resist the impressive score rhythm of Anand.

Certainly, the fighting for this game was really intense and very difficult to understand since the first moves. The Champion reconfirmed his spectacular preparation, mainly because, as he recognized days before, he is still making good use of the training he had for the duels against Gary Kasparov (2000), Peter Leko (2004) and Veselin Topalov (2006). Once more, Kramnik surprised with a theoretical creative innovation in the move 13 of a very well known line.

An unusual asymmetrical pawns structure and the quality of the players assured a fierce battle to come. In fact it was, Kramnik always had a little advantage, but Gelfand showed that he is in a wonderful moment and he maneuvered with a lot of creativity on the board until he obtained the draw.

Later on, in the Press Conference, the Israeli tried to get rid of the pressure by saying: "I don't fix specific goals to myself, except to play the best I can game after game". But Gelfand knows better that for this Championship he is showing way much more ambition and energy that what we are used from him.

The previous predictions stated Levon Aronian, and perhaps Peter Leko, as possible alternatives to Kramnik and Anand. No one thought of Gelfand, in spite of the great talent he posses, precisely because he never shows the essential level of fighting spirit to become a World Champion, but up to now he has proved us wrong.

The other surprise is Alexander Grischuk, higher than expected, but yesterday he couldn't stop the Indian hurricane: Anand produced a master piece of positional domain and established as the unique leader right in the half of the Tournament. The probabilities for having the "number one" as the World Champion depend on today's game against Gelfand and Kramnik on Monday, on both Anand is black. Nonetheless, Anand is the main favorite now.

The other games showed the difference between an interesting draw (Morozevich - Leko) and a boring one (Svidler-Aronian). For the second one, the responsibility relies on Svidler, because his position was better and because Aronian is suffering little health troubles. Every passing day, we find more people in favor of prohibiting the draw offers in elite world class championships. But that's just a minor detail of all the positive and excitement of the first half. This Championship has much more to give. 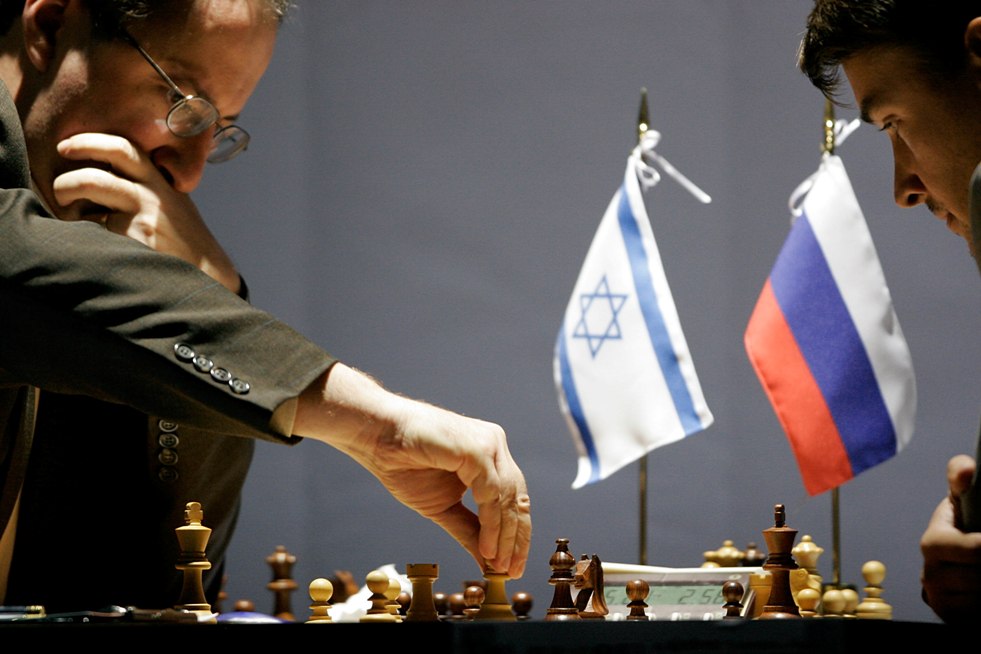 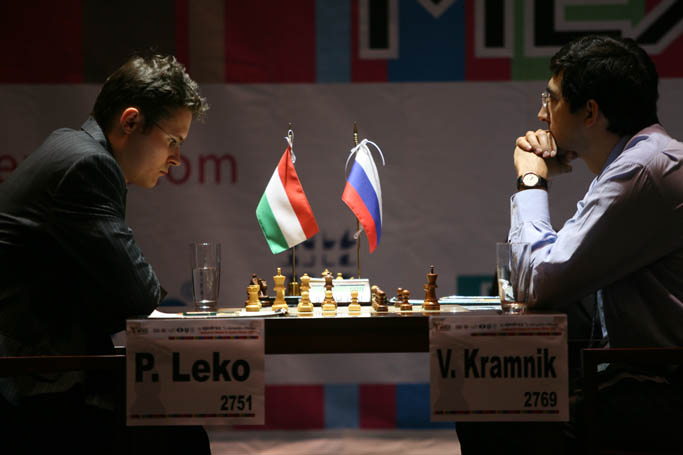 The conclusion of the game between Kramnik and Leko, once more a draw was obtained, after 24 moves using the Italian opening, something quite unusual for the World Chess Championship; the specialists questioned if they used it to look for a draw right from the beginning.